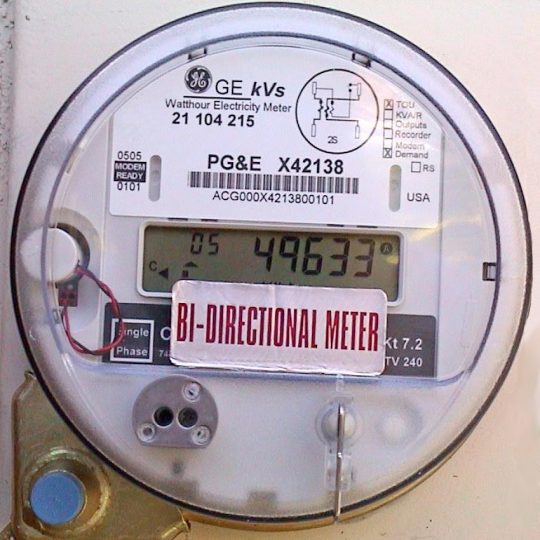 A BRIEF HISTORY OF SOLAR, NET METERING AND COMMON MYTHS OF SOLAR INSTALLATION

The first installment of this series talked about the benefits of solar, and solar from an investment point of view. This month, let’s investigate how we got here, learn a little about how your system will connect to the grid, net metering, and debunk some myths regarding solar energy.

Humans have worshiped the sun for millennia. This was a shared experience across the globe, although humans didn’t interact across continents. Nor did they even begin to comprehend other cultures the way we do now. It was the beginning of man’s basic desire to understand himself in the scope of the universe. We created a connection to what was the most powerful thing we could imagine.

The sun was always the bringer of light and heat to people. Over time we developed tools and culture, and we used the sun as well: from the first magnifying glass designed to concentrate rays for lighting fires, to utilizing the sun in construction design so that it faced our living spaces to concentrate heat for comfort.

Humans experimented with solar over the next thousands of years. In the mid-1800s we had already build “heat boxes” for cooking, basically little solar ovens, and over time we discovered that some metals were able to generate electricity. The next big advancement came in 1954 when we developed the first PV cell.

The oil crises of the 1970s pushed the country into new territory and things changed. We gained an automotive speed limit, fuel economy standards, and money was put into renewables like solar, tidal, biomass, wind, and so on. As more and more people participated in this new thinking, it became necessary to measure the flow of locally generated electricity into the country’s electric grid.

NET METERING – STORING WHAT YOU GENERATE FOR USE LATER

The concept of net metering means that you can use the grid to store your excess energy produced during the day, and draw it back in at night, when your system is producing less. The utility will charge you only for what the difference is, and in the case that you are producing more than you use, it is possible that you can be marginally paid for what you generated.

Basically, if you generate ten kilowatt-hours during the day and use seven, you have a credit of three available for later use. That night, if you use five, you will be charged only two for the day. With the right system, your monthly bill will be quite low but include a fee to connect to the grid, and you will receive a “True Up” statement once a year that outlines your usage.

Net metering started in the early 1980’s and since then, use of PV systems has grown tremendously in this country. This is now presenting our utilities with a problem – with so much energy being generated at home, coupled with the current interest in and inevitable addition of battery storage to that system, what role will PG&E play in the future and how will their business model change?

It’s true that installing a system costs money. However, in the long run, solar is cheaper than buying power from the grid. You can reduce or eliminate your bill, and if you use a loan to buy the system, you can pay it off in a few years. From then on, your free electricity savings can add up to thousands over the life of the system. If you were to invest the money you are saving every month, the rewards are even greater.

The sun’s light activates panels in all kinds of weather. In fact, solar panels work best when they aren’t too hot. That’s because the electronics inside are more efficient in cooler temperatures.

Sure, a solar panel’s dream is a cloudless sky. But we don’t always have sun, especially on the Monterey Peninsula. SunPower is a company that manufactures solar cells designed to capture a broader range of the solar spectrum. By capturing more red and blue wavelengths, they can generate more electricity even when it’s overcast.

3: We can’t generate electricity at night.

It’s technically possible to produce a very small amount of energy at night because of ambient light from stars and a bright moon. However, what you generate during the day is enough to draw back after the sun goes down. You still need to be connected to the grid, so that you can draw power back during the night.

As explained above, your panels will generate more than enough power during the day. The excess energy returns to the grid for your neighbors to use right away. Because of net metering, you can draw on that excess at night, without paying for it. Your long summer power generating days help cover your winter costs, and your electric bill comes just once a year. And, battery backup technology is becoming competitive. It will be less of an issue to rely on the grid when the sun goes down.

4: Making panels is not environmentally friendly.

Of course any manufacturing process creates carbon emissions. However, the environmental impact of installing a system will offset itself in a year. Furthermore, the power you generate for many decades will reduce a significant amount of pollution created by other sources.